It was a successful and informative event! Dr. Parks brought us the science, Dr. Thomas brought us the laughter, and Dr. Jackson brought us to church! We have a temporary viewing of this event here while we are editing the final version to upload Dr. Park’s slides and the professional camera shots from AFLD. 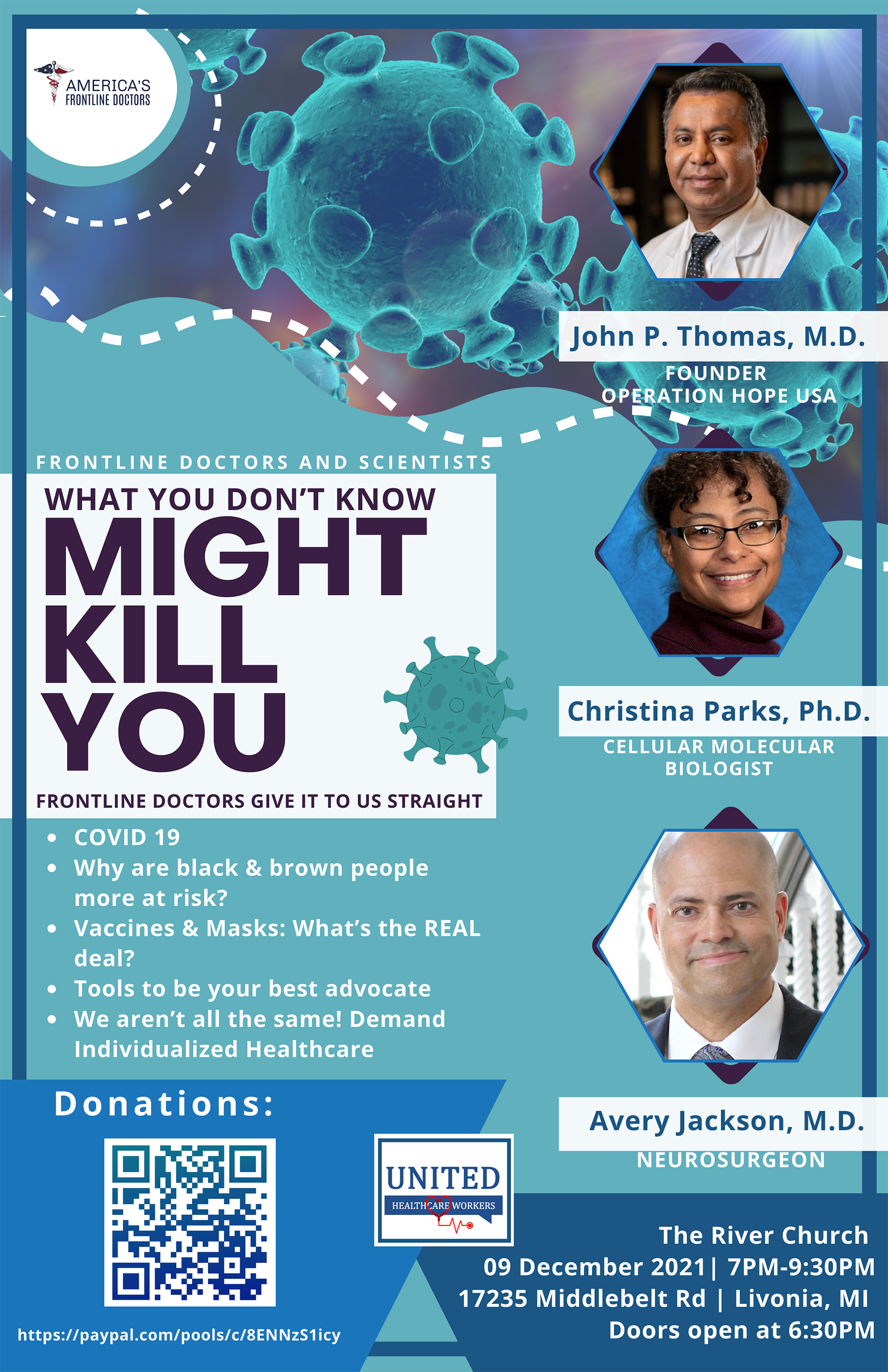 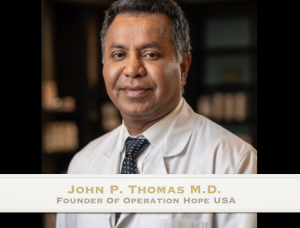 Dr. Thomas is the Founder and President of Operation Hope USA; a nonprofit organization that pays for food, shelter, and education for children internationally as well as in Texas. Dr. Thomas is a member of the American Medical Association, the American College of Surgeons, and the American Hepatobiliary and Pancreatic Society. He has received numerous awards and honors including 2009 Moderator of the First Mesopotamia Medical Conference in Kurdistan, Iraq; 2009 Red Cross Medical Champion of the Year Award: Presented by Congressmen Randy Neugebauer; 2012 Ellis Island Medal of Honor; 2013 Honorary Guest for National Prayer Breakfast in Washington D.C.; 2016 Invited Speaker at Annual Mesopotamia Medical Conference in Turkey; 2017 Invited Speaker at Texas Tech Honors College, 2019 Honorary Guest of the Republican National Hispanic Assembly at the United States/Mexico/Canada Agreement White House Briefing in Washington D.C He has treated over 700 Covid patients during this pandemic and has had exceptional results.

Dr. Thomas is a general surgeon with an expertise in advanced laparoscopic and minimally invasive surgery. He attended University of Texas Health Science Center where he earned his Medical Doctorate in 1993. Dr. Thomas completed his residency in general surgery and a post-doctoral fellowship in laparoscopy at Louisiana State University Medical Center. Dr. Thomas introduced the first Hormone Pellet Therapy in Lubbock, Texas in 2013. He has since performed over 4,000 pellet procedures and offers a full line of nutraceuticals. He is happily married to his wife, Keri and also a proud father of his son, Andrew Jonathan Thomas. 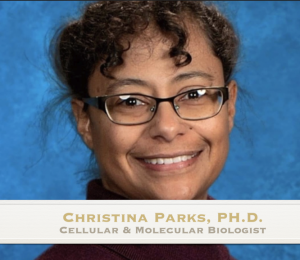 Dr. Christina Parks received her Ph.D. in Cellular and Molecular Biology from the University of Michigan in 1999. She did her graduate research in the field of cytokine signaling. Cytokines are the chemicals that the immune system uses to communicate, thus Dr. Parks brings a wealth of knowledge about the molecular mechanisms by which vaccines may be causing injury to vulnerable immune systems.

Dr. Parks has been in the spotlight recently for her testimony in the Michigan committee hearing in support of HB4471 which aims to protect employee rights to opt out vaccinations. She has been advocating for doctors to focus on known epigenetic differences in the African American population that are causing them to be more vulnerable to COVID-19 and for doctors to treat patients accordingly. Dr. Parks is a passionate advocate for scientific and medical integrity and has been closely following the science around the world on SARS CoV-2 pandemic and advocates for black and brown communities to get better informed and to demand better healthcare. 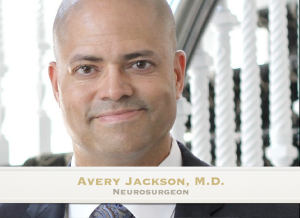 Avery M. Jackson III, M.D. is a board-certified neurosurgeon, who completed his complex neurosurgical spine fellowship at the Medical College of Wisconsin in 2000. He is a member of the Michigan Spine Surgery Improvement Collaborative (the first of its kind in the country) that partnered with Blue Cross to improve surgical outcomes across the state. He is the chief executive officer and medical director of Michigan Neurosurgical Institute, P.C., which he founded in 2004. MNI Great Lakes ECHO, which was founded in 2017, created the first Bone Health ECHO in Michigan, and the second in the world. The MNI Great Lakes Addiction Medicine and Chronic Pain ECHO is also the first of its kind in Michigan, created to address the opioid crisis and assist in the effort to save lives.

Dr. Jackson has been outspoken recently against the mismanagement of the public health response to COVID 19. He advocates for open dialog and debate in science and medicine and sees misinformation and a lack of transparency in response to the pandemic to have deadly consequences. He advocates for early treatments and access to appropriate healthcare.